The 2014 corporate tax cut did not increase investments, but it did boost the overall business activity of small firms in Finland. A new study by VATT also shows a clear increase in sales.

From January 2014, the Finnish corporate tax rate was lowered from 24.5% to 20%. One of the goals of this reform was to improve the investment, employment and growth opportunities of firms.

The tax cut did, however, have a direct impact on other outcomes reflecting firms’ business activity. The study finds a clear increase in annual sales (an average of 3,2 %) and variable costs (6,1 %) after the reform. Salaries paid by firms or added value were not affected. 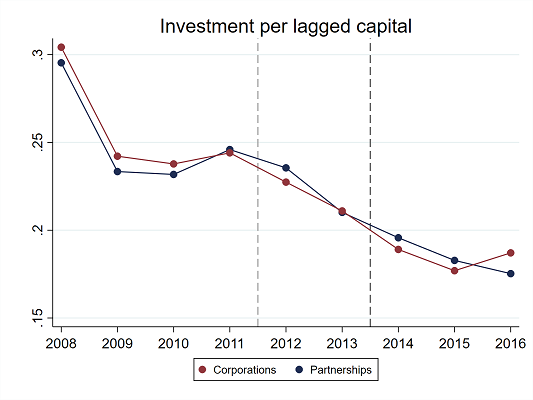 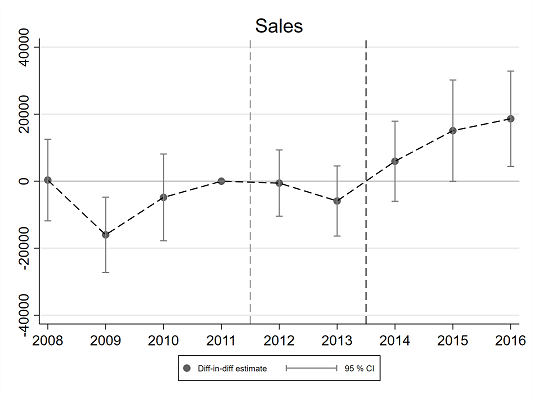 The study examines the impact of the 2014 corporate tax cut for small privately held companies (annual turnover less than EUR 2.5 million). The data from the Finnish Tax Administration includes all Finnish privately held corporations and partnerships from 2008 to 2016. The control group consists of similar partnerships that were unaffected by the tax cut. Using this control group, it is possible to study the effects of the policy reform by comparing the levels of investments and other economic activity in small firms before and after the tax reform.

The study does not examine the impact of the tax cut on large firms due to lack of an adequate control group from among other types of companies. The results cannot be generalised to cover large companies as these may differ from smaller firms in terms of finance or capital intensity, among other things. The study does not draw conclusions on the effects of the tax cut on tax reve-nues.